Cretan Dakos Barley Rusk is an appetiser known specifically in the Western side of Crete. It consists of a Barley rusk that has been quickly dipped into water to soften it slightly and then topped with tomato, a soft white cheese such as ricotta or feta, oregano, olives and a drizzle of olive oil. You may also find it served as a salad. This would also include chopped pieces of tomato.

How to make the Cretan Dakos Barley Rusk

Optional: Drizzle the rusk with additional olive oil and olives (if using) and then serve immediately and there you have it Dakos Crete! You could also turn this dakos recipe into a dakos salad by simply incorporating all the ingredients into a big salad bowl and using small broken up pieces of the barley rusks.

For more recipe ideas that include vegetables and are fresh and tasty visit our recipe archives.

To read about the humble Greek Salad, click here.

Dakos Cretan is one of the most iconic Cretan dishes that you must try. It is found on most menu’s in Crete and even all over Greece and other parts of the world. It is such a refreshing and light appetizer that is very easy to make. The secret is to have ripe aromatic tomatoes and very good quality soft cheese and oregano that has been dried and picked up the stem. You will be offered this dish on a hot day in any Cretan home across the island. As there is an abundance of olive oil you will find it generously covered in the oil, which in Crete is liquid gold. 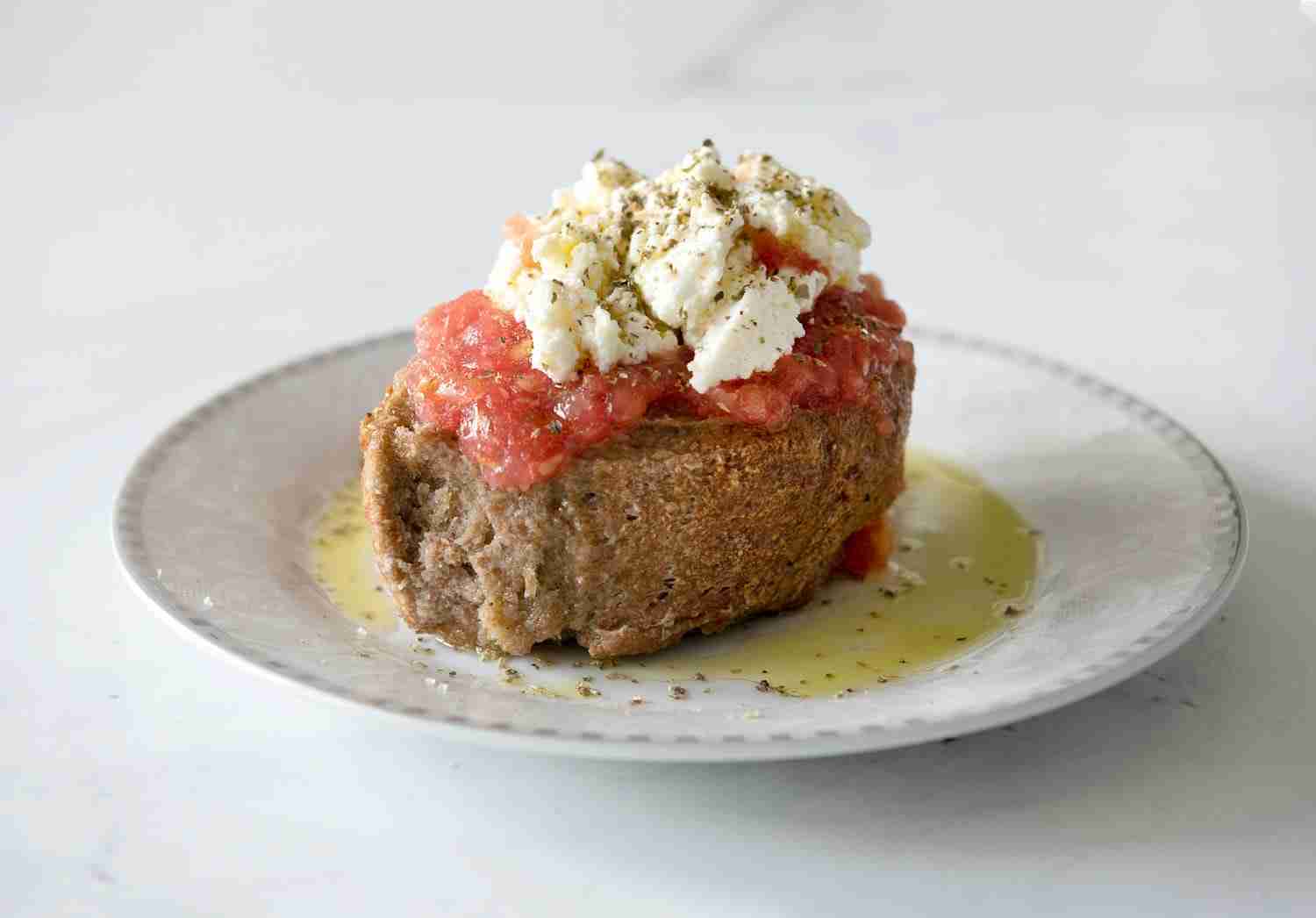