Here is the recipe for Baklava a popular Greek filo pastry dessert, in fact one of the most popular of all Greek desserts. It is found is so many different shapes and forms. Every Greek family makes baklava THEIR way! Some will make it into smalls rolls, snail like shapes, mini pieces, large pieces, squares, diamonds etc. Some will make it only with walnuts, others with almonds and others with a combination of both. This recipe uses a combination of both walnuts and almonds and also both cinnamon and clove spices.

1. For the syrup, combine sugar, cinnamon, clove and water in a saucepan over medium heat, stirring to dissolve. Once the syrup reaches boiling point, boil for 6 minutes. Add the lemon and orange juice. Boil for another 2 minutes. Remove from heat, disregard the cinnamon quill and cloves and set aside to cool completely.

2. Combine nuts, sugar, vanilla sugar, cinnamon and clove in a bowl and set aside. Lightly brush a baking tray with butter. Cover filo sheets with a damp tea towel so they don’t dry out.

4. Bake until golden and cooked through (45 minutes – 1 hour). Cover loosely with foil partway through cooking if the top browns too quickly.

6. Pour the cold syrup over the hot baklava, set aside at room temperature and serve. 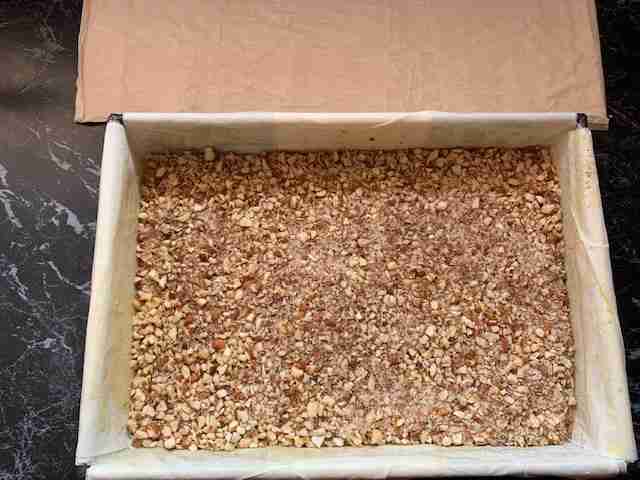 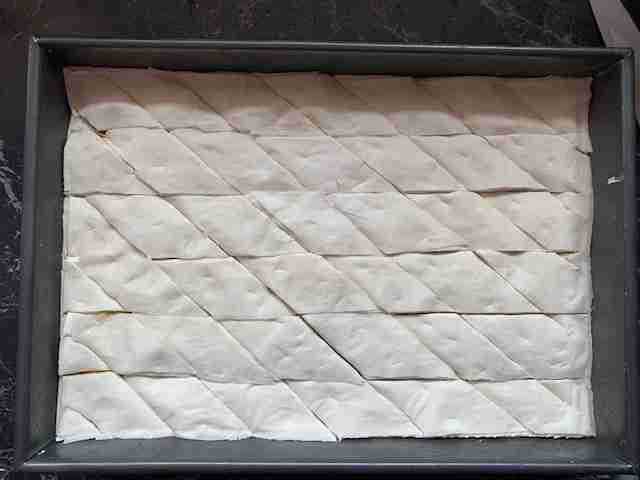 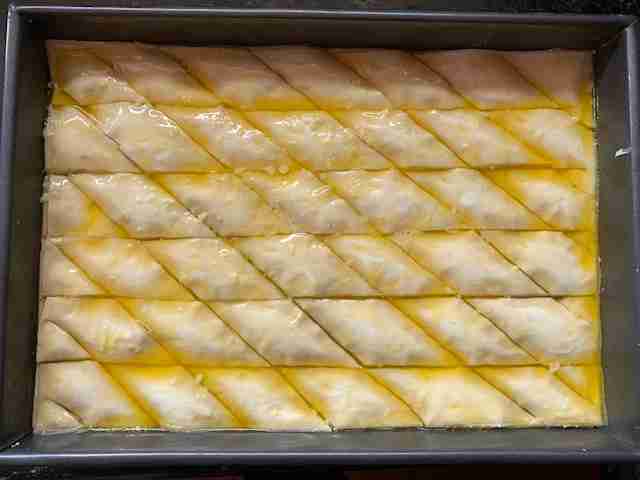 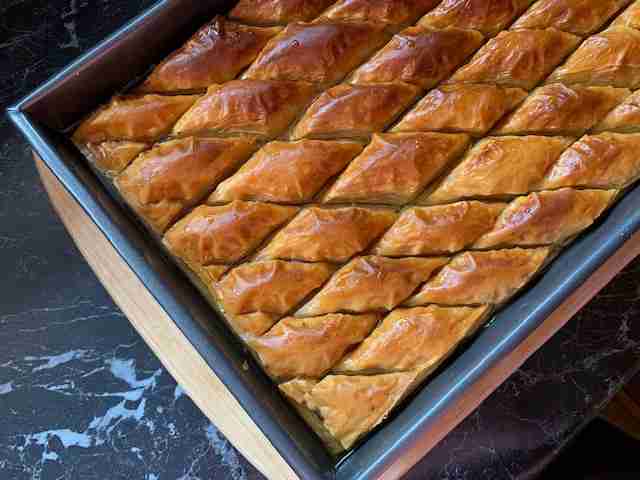